WELCOME to the ANCIENT WORLD of the MAYA in northern GUATEMALA!
Enjoy guided tours of area ruins and forests with bilingual Archaeologist/Naturalist Roxy Ortiz whose background and personality make her the perfect guide for this fascinating, mysterious, and naturally diverse region.

Choose from a variety of set itineraries or have Roxy custom design a trip to fit your time frame and special interests.
FOR MORE INFORMATION, please email Roxy at tikal_roxy@yahoo.com with your answers to these questions:
1) When do you plan to visit?
2) Just Tikal or additional Maya sites?
3) Special interests: adventure, history, birding, spirituality?
PLEASE NOTE that Roxy has work obligations in addition to guiding and is frequently without internet for a week or more at a time, returning to hundreds of emails; it is not possible for her to respond to every request. 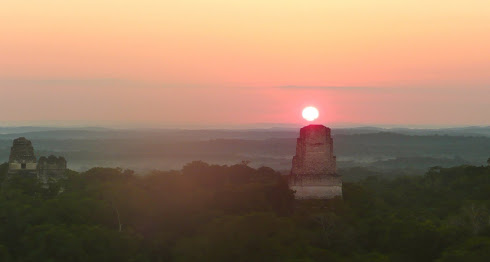 Roxy Ortiz grew up on a farm in the savannah of Petén. The first time she went to Tikal was in 1969, at the age of 9. She was mesmerized with the magnificence of the ancient Mayan city and it was then that she decided she would study Archaeology to learn what happened to them, who they were, and what their beliefs were.
At the age of 12 due to political and family reasons she and her family moved to the United States. In 1978 after finishing high school (when her father died) they moved back to Petén and settled in Tikal.
After being away for so many years, she came back with a bigger thirst to learn about her culture and the natural environment. This passion was also fueled by her teachers in high school who always spoke with passion and great admiration about the natural, cultural and spiritual richness of Guatemala.
These were the most intense moments of the civil war in Guatemala, and due to the violence and uncertainty she developed a need for knowing the jungle from a survival point of view. For example, learning about medicinal plants and first aid procedures, how to identify poisonous snakes from the others, how to treat poisonous snake bites, and what plants are edible.
In the late 80´s and early 90´s when the Mayan Biosphere was established, the person in charge was a biologist who was a very good friend of Roxy's. When animals were confiscated from poachers there was no place to put them and no one to take care of them, so they were brought to Roxy at Tikal. For almost 3 years she took care, trained and reintroduced back to wild more than 100 birds (of all 5 species of parrots) plus margays, ocelots, anteaters (tamanduas), kinkajous, coatimundis, raccoons, and silver miniature foxes.
After many years living in Tikal in those conditions and guiding, in 1985 she moved to Guatemala City to study Archaeology. During those years besides attending classes she worked at the Institute of Anthropology and History (Ministry of Culture).
In the archaeology field she has worked on many archaeological projects including Nakbe (next to El Mirador) with Dr. Richard Hansen (four years) and the Santo Domingo Project in Antigua Guatemala where she discovered a crypt with the mural paintings in 1997; this led her to work for the “Consejo Nacional para la Protección de Antigua Guatemala”. Her most recent project was the San Bartolo Archaeological Project under the direction of Dr. William Saturno. During all these years she combined her archaeological discipline with guiding.
At the moment she offers her guiding services in Tikal, El Mirador, Yaxhá, Nakum, and Uaxactún in Guatemala as well as Copán in Honduras and Yaxchilán in Mexico.
The tours she conducts include explanations of the natural environment of each individual city and how the Mayas used it to their advantage as well as the architectural layouts of the cities, their dynastic sequences, descriptions and explanations of the structures that have been excavated, and explanations of their spiritual beliefs, their view of life and death, and their count of time, WHICH BRINGS US TO THE YEAR 2012 … 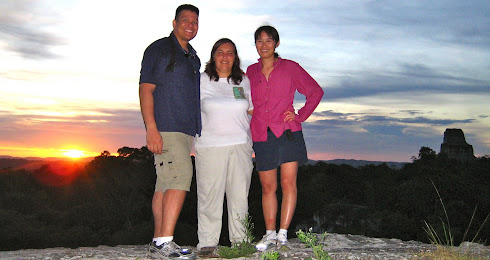 "Roxy is an amazing woman! She led us through the forest to catch the sunrise overlooking the trees. We followed monkey troops, saw a variety of birds, smelled a jaguar . . . all while learning about Mayan history and archaeology. Fantastic!" Catia

"I took a Roxy trip to Uaxactun and it was a highlight of my 2 months in Guatemala. LOVED Roxy. She has a wealth of knowledge that she can pass along to someone (me) who has no idea at all about Mayan culture, and you can walk away feeling you "get it". She is a knowledgable and passionate archaeologist and well worth the money." Lynne

"Roxy has an amazing way with bringing ancient history to life. My 13 year old son and I had the pleasure of taking one of her Tikal tours a while back. We were mesmerized by her stories and impressed with the depth of her knowledge. She beautifully blended information about all aspects of Tikal: the archaeology, the animals, the plants, the people (past and present). She's a wonderful guide and I will look her up again when we go back!" Rosie (and Sam)

"In 2009 I visited Tikal for the 3rd time. I'm not usually a guided tour type person but I had a group of 1st time visitors in tow so I contacted Roxy based on a recommendation on a travel forum. It was a highlight of our trip! She kept us spellbound for 4 hours with her humor, knowledge, and insight." Stacey 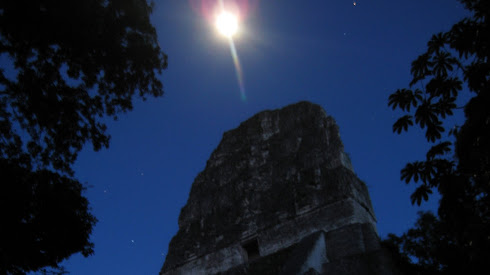 No posts.
No posts.
Home
Subscribe to: Posts (Atom)

Tikal, above & below (Roxy on Temple IV) 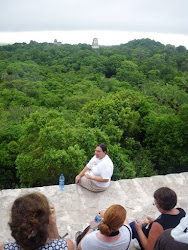 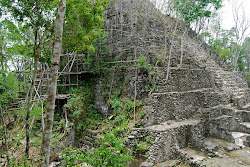 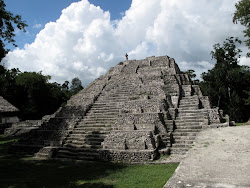 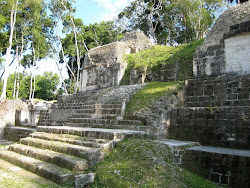 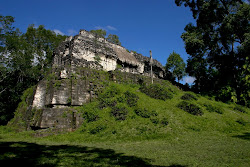 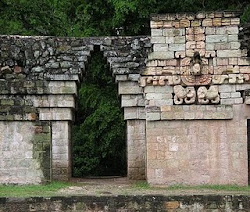 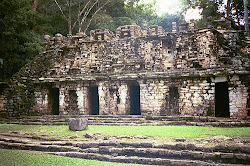